How the Black Swan Changes the World

Did you ever see a black swan? Probably not, but they do exist, discovered in 1697 by the Dutch explorer Willem de Vlaminghin in Western Australia. Until that discovery, Europeans had no idea that they even could exist.

Before the discovery, the phrase had meaning like today’s expression “when pigs fly.”

But today the term Black Swan has a new meaning, thanks to the 2007 book by Nassim Nicholas Taleb where he uses it to identify highly unpredictable, unusual events and the impact they have on society.

We’ve had three certifiable Black Swan events in this century already. In each case, very few people predicted them, virtually no one took any such predictions seriously, and they all changed our world.

The most recent of these three events, the pandemic is still playing itself out. I probably don’t need to explain how that’s changed our lives, but I predict we’ll see people wearing masks for years to come. Hopefully, we’ll all maintain improved handwashing routines.

But we’re humans, and as soon as the threat is perceived to pass, many will return to old behaviors. Except for those who don’t, and who knows what the government is likely to impose as permanent changes and/or requirements.

Twelve years ago, some people perceived a bubble in the mortgage business, and it was indeed there. Unlike many bubbles, it wasn’t very clear the extent of the problem. Regulators hadn’t bothered to check the newly minted securities developed following the 1999 repeal of the Glass-Steagall act keeping lenders out of the securities markets.

And things unwound very quickly, leading to the collapse of Lehman Brothers, a banking icon established before the American Civil War (in 1847).

Today, we have stringent banking and lending regulations, and some would argue, a somewhat oppressive regulatory environment for financial services in general.

The Black Swan which opened this century, was the attacks of September 11, 2001. If you remember them, you can probably describe that day in vivid detail.

And of course, we all know how different travel, especially air travel is today. For those too young to remember pre-911 travel, watch Catch Me If You Can. Ah, go ahead and watch it even if you do remember those times. It’s an academy award nominated movie starring Leonardo DiCaprio and Tom Hanks, and you might learn something about fraudsters.

The quarantines gave us plenty of time to watch old shows, but unlike previous Black Swan events, the pandemic forced us into many efficient behaviors.

Pandemic-propelled productivity gains in America’s workforce appear to have some legs for going the distance. Productivity is one of the two key ingredients of gross domestic product (GDP), the measure of the country’s economy.

The other factor is labor. And workers are going back to work, especially in the hard-hit leisure and hospitality sectors. While the sector added more than 5 million jobs already this year, I suspect that’ll accelerate in September, once the enhanced Federal unemployment benefits expire. According to the LPL Financial Market Signals podcast, one in four recipients gets more to stay at home, than they make on the job.

It won’t be long before we can do the things we want, including working, for those who want jobs.
But things will be different.

Before the pandemic, doctors did not get paid for consulting a patient unless it was deemed an office visit. That rule was counter-productive on several levels, and it is no longer the norm. Think about that for a moment.

The old way, we required healthy people getting a checkup and sick people needing a diagnosis to visit the same office, exposing the healthy to the infected.

Today, for checkups, the patient visits the lab, who sends the report to the doctor. The patient can easily measure their own weight and blood pressure. Every home should have a scale, and blood pressure cuffs cost less than many office visit copays. Cheap access to medical-grade EKGs is available through a smartphone accessory and even built into the latest Apple Watch!

Alas, some people never visit the doctor, so how about another example?
Everyone eats!

Did you ever wonder why the people who took your food order were called waiters? Because they had to stand around waiting while you scrutinized the menu. Please, just pick something you’ve never tried, or try the house specialty. Just make up your mind! Your indecision could impact global productivity.

Well, that is a bit over the top, but now I’ve got a hankering for waffles.

The pandemic propelled the inevitable elimination of this waiting game. Now, we order from a menu accessed by pointing our smartphone camera at a QR code (for Quick Response, which is what those square bar-code-like images are called) that directs your device to open the webpage where you select your food, order, and pay for it.

Boom. Another position eliminated, the cashier, along with the need for cash.

Is it just me, or is carrying a wallet full of cash superfluous today?

Apple Pay, Google Pay, PayPal, Venmo, and all the other payment systems, including tap-to-pay on newly issued credit and charge cards are also improving productivity. By-the-way, many of these systems are more secure than traditional card swipe transactions.

And all these systems are getting more action than before the pandemic because cash just does not work over the internet! 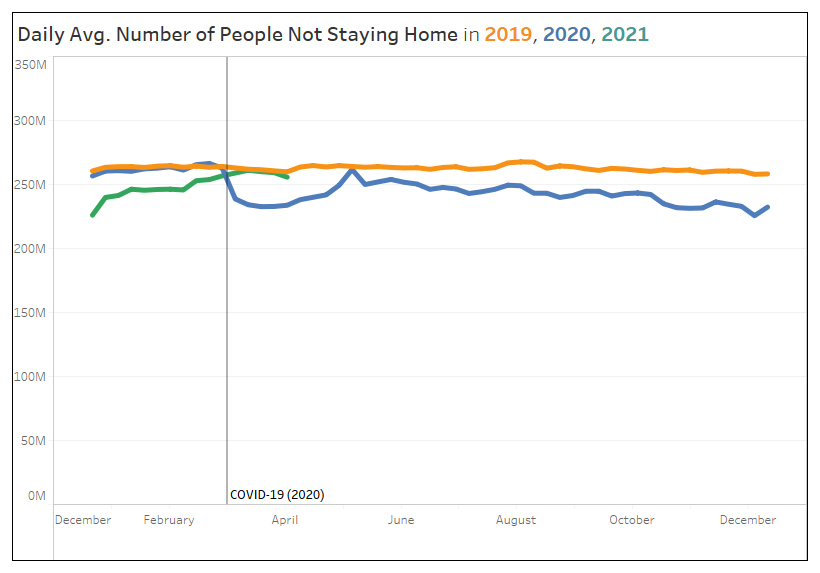 Remote work, working from home, or “living at work” is here to stay, in some form at least.

But people are traveling once again. According to The Bureau of Transportation Statistics, the weekly number of people NOT staying home is back to pre-pandemic levels.

Honestly, I didn’t miss all the traffic on the freeways.

Even though many of us today suffer from “Zoom Fatigue”, we still expect a lot of future meetings to remain online. It’s just a lot more efficient. And people who wouldn’t consider online in 2019 are more comfortable with it now.

Probably the biggest productivity improvement is simply the massive investments made in the live and work from home infrastructure. The devices, like smartphones, tablets, computers, gaming consoles, and all the related “plumbing” to provide enough bandwidth so that the whole household can function simultaneously.

Do you remember “dial-up” when your internet connection shut down the phone? Today, many homes have appliances like refrigerators, doorbells, and lightbulbs connected to the internet! And they compete for bandwidth with your Roku, Amazon or Apple TV, and cloud-based storage apps like Dropbox, OneDrive, Google Drive, or Box.

What should you do if your streaming TV signal is constantly buffering, or you get dropped from conference calls, especially on the far side of the house? Get a mesh Wi-Fi.

How does all this household investment help the overall economy?

Better connectivity enhances productivity. Any time someone, you, me, or our competitors, spends watching a spinning wheel on any screen, it not only wastes our time, it also causes frustration, disrupting our flow. We’re more productive when we’re in flow, so go with the flow whenever possible.
More important, it means that the person working from home, who gets a brainstorm or mentally solves a problem while pulling weeds or changing a diaper has ready access to the tools to get that idea into the flow of their work, while it’s fresh in their mind.

When a swan swims, it appears effortless, but below the waterline, out of sight, their webbed feet are paddling. The pandemic forced many workers to acquire personal infrastructure so that they could appear as reliably and apparently effortlessly as possible.

While the Black Swan changed the way most of us see each other, we remained open for business throughout the pandemic, mostly working remotely, but always with an open door at the Temecula office.

And if you want to meet us, either online or in person, we are available. Call, send an email, or use our website 24/7 to schedule a time that works for both of us!