How one Couple gets the most out of Social Security 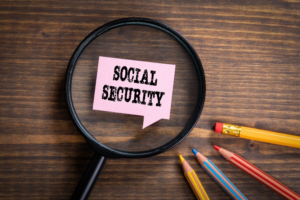 Randy loves the business he’s created. It was very difficult getting started, with no capital, three young kids. But the family rallied around him, helped him find good clients, and they survived. The longer he works in the business, the easier it gets to attract business.

He and Barbara expect to live on the proceeds of the business when they sell it, along with the funds they’ve saved, but now they are eligible to start collecting social security. Randy is a year older than Barb, and he’s got a much larger benefit coming. Together, they want to get the most possible out of the system.

He’s planning to work at least until age 70, because that’s the last age at which a Social Security benefit can grow. He’s had a lot of good income years and expects to get about $4,000 per month at age 70 from the system.

She’s entitled to her own benefit from the years she worked, about $1,000 per month when she reaches her full retirement age of 67. Once Randy starts taking his benefit, she gets an increase to half of his age 67 benefit, or $1,500 per month1.

The most they’ll possibly get is $5,500 per month, by Randy delaying to age 70, if Barb doesn’t claim on her own account before she turns 67.

But what about all the money Barb could’ve collected between age 62 and 67? Five years at $650 per month totals $62,4002. How long does it take to regain that amount; what’s the payback period?

Randy and Barb are both generally healthy and pay attention to their bodies. All four of their parents lived to 78 and beyond, so genetics are on their side. Assuming that both live to 85, the additional income from Barb’s decision to delay until age 67 reaches $142,800 by her 85th birthday.

If Randy dies when Barb turns 67, her delay decision pays off much faster, because the difference in monthly income is $1,050, meaning the payback is about five years, or about the time she turns 72 in just five years. At 85, she’s $226,800 ahead.

The decision about when to claim social security benefits is complicated, especially for married couples. There are thousands of age combinations which impact the numbers. For example, if Barb is 3 years younger, instead of one year, the payback for the delay is less than 10 years or seven months sooner.

It’s a decision that can have lasting and large financial impacts, so give us a call before you claim your social security benefits.

This is a hypothetical situation based on real life examples. Names and circumstances have been changed. The opinions voiced in this material are for general information only and are not intended to provide specific advice or recommendations for any individual. To determine which investments or strategies may be appropriate for you, consult your financial advisor prior to investing.

1In this scenario, we’ve rounded the benefits and ages, plus we’ve ignored inflation, the time value of money, and any cost-of-living adjustments to simplify the illustrations.

2We’ve also ignored the use of those funds Barb could’ve collected starting at age 62. Would they have invested the money, or spent it? Paid off bills or funded an IRA?