When Should You Start Planning for Retirement? 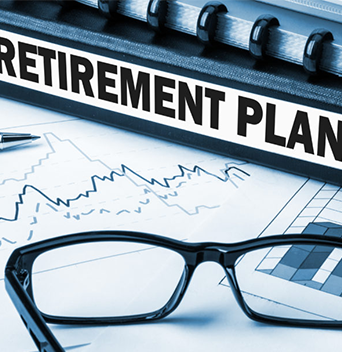 If you think that everyone but you is on track with their retirement plan investments, you need to stay with me on this piece. Because those people are rare. Most people don’t start saving for retirement soon enough, or investing aggressively enough, or controlling risk wisely enough, to feel confident with their future retirement prospects.

That’s why the IRS allowed auto-enrollment of new employees, starting in 2009. But that only applies to people who work for generally bigger companies, companies with a 401k plan. Their money, if wisely invested, can grow for a lot longer than the rest of the population who waits until they’ve already accomplished a few other financial milestones.

The big financial milestone for many is buying a home. That’s an important goal, and easily one of the best ways to build family wealth. Why is that? Because the investment is made with only a small percentage of the total purchase price coming from the buyer. The rest is done with borrowed money.

Let’s look at that for a minute.

Assume it’s a $250,000 property, with 10% down payment or $25,000 invested, and the balance on a mortgage. When the property appreciates just 10% to $275,000, the equity doubles. I’m ignoring the transaction costs of selling it, this is just to illustrate the concept of leverage as a wealth-building tool.

The downside is that leverage works in both directions. For the owner to lose all the equity, the property just needs to lose 10% of its value to wipe out that equity. But homeowners generally buy their homes as a place to live and they tend to ride out the market downturns, continuing to make the house payments, despite their “paper losses.”

But I’ve digressed from my point, which is that many people don’t have much besides their home, by the time they reach middle age. That’s not a great time to get serious about retirement planning, but it’s better than waiting until they can no longer work.

So, what happens when someone shows up at our office with very little money, and wants to retire?

We make the best with what is available.

There needs to be more money coming into the household than is going out. If that’s not the case, we work to stop the hemorrhaging, which may require reorganizing debts, income, or lifestyle. If they’ve already quit working, we organize their assets and pensions with the goal of maximizing their lifetime income.

Every situation is a bit unique in the approach because every person has their own views of money and priorities. Our job is to find a way to improve the situation, in a way the client can embrace and implement. They must become the solution, not just an observer assenting to the need to make a change.

The interesting thing about people and their money is that many of the best situated think they are way behind the curve, while frequently those in the worst financial shape don’t see the coming problems.

So, it is important to gain an understanding of the goals. And when working with a couple, learning about the interpersonal dynamics of how they approach their money and their goals is important, too.

And let’s dispel the myth about retirement goals. People don’t just stop when they cross some arbitrary age threshold. Many people have tremendous energy long after reaching their mid-sixties, when society tells them they should be retiring. And we’ve got clients who intentionally left the workforce in their forties, because they could and because they have ambitions in life which don’t involve trading their time for money.

Of course, those people, the ones who stopped working early, learned to live within their means, and routinely verify that they are still doing so. And sometimes good fortune helped. They had and took advantage of good employer savings plans, and never spent more than a fraction of their take home pay.

Returning to the point of this piece, someone retiring at 45 or a 45 year old just beginning to plan for a future retirement needs to assess their situation and figure out how best to take advantage of the various tools including investments, retirement buckets, budgets, leverage, common sense, and most importantly, their own personality to get things organized.

And that’s where a qualified financial planner can provide the guidance and ongoing support needed to pursue your goals.

The opinions voiced in this material are for general information only and are not intended to provide specific advice or recommendations for any individual.